Is Sleep Apnea a Problem for Truck Drivers?

Sleep apnea is a potentially deadly affliction that typically goes undiagnosed. Part of the obvious problem is that it occurs while you are trying to sleep and are not fully aware of what is occurring. Unless you have a spouse or other partner, there usually is no one around to notice. And if you do have one, he or she likely is sleeping while you are trying to do the same.

When sleep apnea occurs repeatedly, the effects can become very debilitating and cause you to lose focus. For a trucker, that is potentially deadly. If you are wondering whether you are suffering from sleep apnea, some of the common symptoms include:

Because sleep apnea makes it nearly impossible to get truly restful slumber, the longer someone suffers with it, the more telling the effects become. For a commercial truck driver, sleep apnea could make it impossible to get through the day without falling asleep at very inopportune times, such as when driving a big rig.

That does not appear to have happened so far, but the effects of sleep apnea could cause accidents in other ways. A lack of focus combined with fatigue and tiredness all make drivers much more prone to making errors. When a lack of sound sleep along with the rigors of driving over the road combine, the potential for deadly accidents rises.

With sleep apnea generally going undiagnosed in most people, the true levels of affliction mostly are unknown among the general population. However, truckers are a very well-defined subset, and recent studies suggest sleep apnea is a problem for them. A big problem for truckers adds up to a big problem for you and your family or other passengers if a trucker loses control of a rig from sleep apnea, crosses the center lane, and collides with your car.

A recent study conducted by the Virginia Tech Transportation Institute shows truckers likely are especially vulnerable to sleep apnea. Long hours sitting in a seat, eating fast food or other meals that are not especially healthful, and a lack of physical activity add to the problem.

The continual stress of driving also can create stress-related conditions that make drivers particularly vulnerable to sleep apnea. And sleeping in even relatively comfortable truck cabins still leaves drivers prone to disruptive sleep from outside elements such as other big rigs pulling into and out of a truck stop.

Some People are Particularly Vulnerable
Sleep apnea could affect just about anyone. If your family has a history of people suffering from sleep apnea and you are more than 40 years old, you run a higher risk of sleep apnea affecting your slumber.

Other commonly identified risk factors include drinking and smoking and being overweight. If you have a small upper airway, a recessed chin, a relatively small jaw, or an overbite, sleep apnea could become a problem for you. Even someone with a large neck size equal to 16 inches or more for women and 17 inches or more for men runs a higher risk of sleep apnea.

Someone suffering from sleep apnea usually has some ability to manage the problem after it is identified. The first issue would be to recognize symptoms of sleep apnea and obtain a medical diagnosis. Doing that usually requires spending a night at a sleep center that can test you for sleep apnea.

If a medical examiner determines you are a potential danger on the roads because of sleep apnea, the examiner will notify your motor carrier. A motor carrier cannot permit a driver who has a diagnosis of moderate to severe sleep apnea to continue driving. The motor carrier also cannot require a driver to operate a commercial vehicle after obtaining a disqualifying sleep apnea diagnosis.

Although many truck drivers are susceptible to sleep apnea, there are no known cases of a driver falling asleep while at the wheel because of it. That does not mean it has not happened, but the prevalence of apnea-induced dozing off at the wheel clearly is low. However, the effects of sleep apnea on a driver’s ability to handle a truck safely are a concern.

A commercial truck is especially dangerous when it is out of control. If a trucker suffering from sleep apnea makes a mistake while driving, a bad accident could occur. Whenever a big rig collides with one or more typical passenger vehicles, the passenger vehicles and their occupants generally take the worst of the damage. The property damage and potential injuries often are much worse when it involves a tractor-trailer or other commercial truck.

A large truck weighs anywhere from 10,000 to 80,000 pounds versus about 4,000 pounds for a passenger vehicle. The big rig also is taller and has a much higher center of gravity, which adds up to bad news for passenger cars. The Federal Motor Carrier Safety Administration (FMCSA) says large trucks caused an average of $15,114 in property damage and $195,258 in personal injuries in 2005.

A recent study indicates truckers are more prone to suffering from sleep apnea than other motorists. Many truckers say they feel the combined effects that commonly afflict drivers suffering from sleep apnea. If you are injured in an accident because of a drowsy truck driver, the Monmouth County truck accident lawyers at Ellis Law are available to help. We will build a strong case to help you get the compensation for which you are entitled. For a free consultation, call us at 732-308-0200 or complete our online form. We are in Freehold, New Jersey, and help clients throughout Freehold, East Brunswick, Toms River, Middletown, Jersey City, Neptune, Hudson County, Union County, Essex County, Monmouth County, Marlboro, and Ocean County, as well as Brooklyn, New York, and New York City. 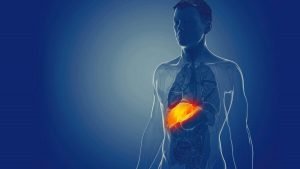 What is Non Alcoholic Fatty Liver Disease (NAFLD)? Are YOU at Risk? 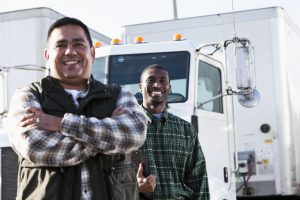 Tips for People with Diabetes During the Stay-at-Home Orders