Sleep apnea is one of the more than 80 different sleep disorders that can be life-threatening if left untreated. ‘Apnea’ is Ancient Greek meaning ‘without breath’, which is at the heart of why this sleep disorder is so deadly. It’s a sleep disorder that affects around 4% of the general population but affects as much as 35% of truckers, but before diving into the details, let’s get some facts straight and dispel a few myths in the process:

Types of Sleep Apnea: there are actually three types of sleep apnea:

For truckers, the most common form of sleep apnea is Obstructive Sleep Apnea (OSA), which impacts their ability to obtain restorative sleep and remain vigilant behind the wheel. When breathing is constantly interrupted during sleep as the upper airway is periodically blocked for five to ten seconds at a time, the brain is starved of oxygen leading to hypertension and heart disease. OSA also causes sleep to become fragmented resulting in the inability to obtain both deep sleep (which repairs the physical aspects of fatigue) and dream sleep (also known as REM sleep which repairs mental fatigue and deals with mood, memory, and emotion). Truckers who have OSA may be in bed for up to ten hours but actually, get very little good quality sleep due to the constant interruption to breathing. The combination of sleep fragmentation and interrupted breathing leads to higher levels of drowsiness dramatically increasing the risk of accidents by as much as 250% compared to well-rested drivers.

You may have sleep apnea if you snore loudly, gasp for air during sleep or feel exhausted even after a full night’s sleep. Other symptoms include: More severe symptoms include heart attacks and strokes.

In most cases, sleep disorders can be easily managed once they are properly diagnosed, so please see a doctor if you continue to have trouble sleeping or are consistently find yourself feeling tired or not well-rested despite spending enough time in bed. Treatments include:

There is a statistical correlation between your neck size and/or your BMI (height divided by weight squared), and the risk of having OSA. This is why the current Department of Transport (DoT) commercial vehicle driver physical requires a physician to take these measurements. If your neck size is greater than seventeen inches for men and sixteen inches for women or your BMI is 30 or greater, you may need to have a sleep study to see if you have a sleep disorder. In severe cases, you may even be placed out-of-service or issued a restricted license until such time as your physician considers you healthy enough to drive a commercial vehicle. 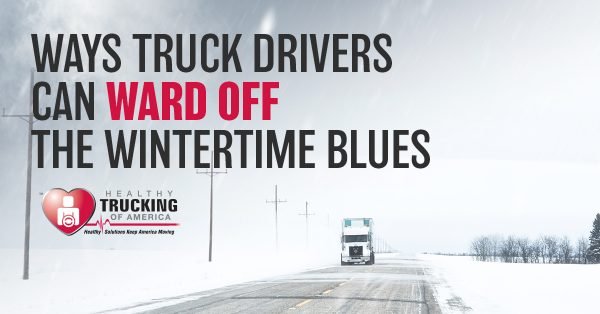