let us hear from ya! 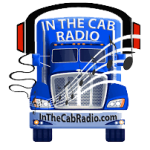 Truckers Stay Fit and Healthy on the Road

Like the rest of America’s 3.5 million truckers, staying healthy on the road is a challenge.  There are few opportunities to eat anywhere other than truck stops, and they aren’t exactly famous for offering calorie-conscious meals. Opportunities to move and access to health care are also few and far between.

As a result, truckers are in bad shape. More than 50 percent of them are obese -? nearly twice the national obesity rate — and they have a 50 percent higher prevalence of diabetes compared to the general population, according to National Institute of Health statistics.

Hopefully the situation is about to change. Companies who promote wellness have begun to view truckers as an ideal target for their services.

Arlington-based Snap Fitness, in conjunction with the wellness company Rolling Strong is opening gyms at truck stops nationwide. The first one is a 1,000 square foot facility located at the Flying J on Interstate 20 in Dallas, one of the busiest truck routes in the country.

Besides their Snap partnership, Rolling Strong offers truckside health evaluations that include a blood pressure check, body fat measurement and weigh in. They provide printed workout manuals plus a special internet health channel where truckers can log on for fitness classes and videos promoting healthy lifestyle habits.

Later this year, they will be introducing an exercise kit for in-cab workouts and a line of sandwiches made with natural ingredients that will be sold alongside the usual fried and battered truck stop fare. A series of roadside health clinics is also in the works.

Bob Perry, founder of Rolling Strong was a trucker himself. His two brothers are truckers. His father was a trucker for 50 years. He said his company’s initiatives are essential for improving the lives of truckers.

“Truckers are the ones who carry the country,” he said. “They deserve access to fitness centers and good food and health care like the rest of us.”

Bob Perry hopes this is just the start of a trend towards a nation of healthier drivers.

“We need to change the trucker culture so obesity and bad health aren’t the norm,” he said. “We need to keep them going so they can continue to do their jobs and get home healthy and happy to their families.”

This site contains copyrighted material the use of which has not always been specifically authorized by the copyright owner. We are making such material available in our efforts to advance understanding of health related issues for the Trucking industry, etc. We believe this constitutes a ‘fair use’ of any such copyrighted material as provided for in section 107 of the US Copyright Law. In accordance with Title 17 U.S.C. Section 107, the material on this site is distributed without profit to those who have expressed a prior interest in receiving the included information for research and educational purposes.

Truckers brave coronavirus outbreak to deliver goods: ‘If we stop, the world stops’